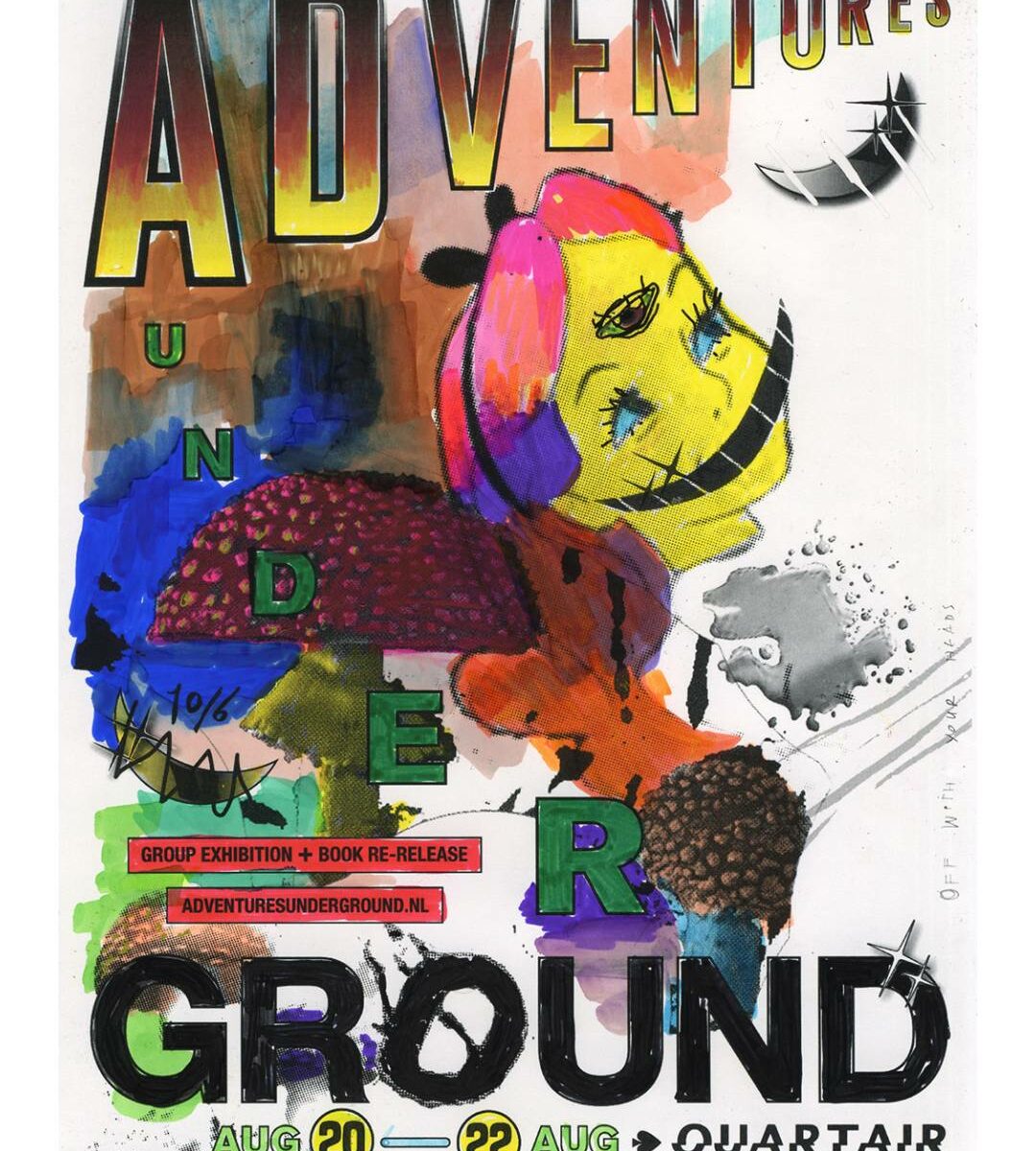 The 12 chapters of Lewis Carroll’s Alice’s Adventures in Wonderland (originally titled Alice’s Adventures Under Ground) were distributed among twelve Hague-based artists, who each interpreted their chapter in their own unique ways. The works in the book are the base for the accompanying group exhibition in which the works become installations and interactive pieces. Artist and creative entrepreneur Lula Valletta curated the project.