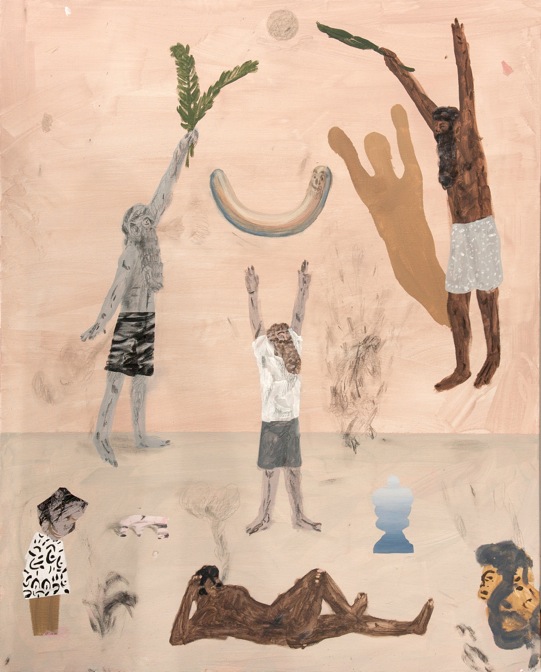 Finnur Arnar’s art constantly refers to aspects of Icelandic reality. As an artist he has worked with installations, made use of textual material and found objects and produced numerous video pieces. His exhibitions often feature all of the above. The artist creates a space for the viewer to enter and vitalize through his presence. This is where we come across a story, at least the intimations of a narrative: someones just been here, now he’s gone, is he coming back? And who is he?

Finnur Arnar studied at the Icelandic School of Arts and Crafts, beginning in sculpture but switched to mixed media, graduating in 1991. Has held private exhibitions as well as with groups both in Iceland and abroad. Has also worked freelance as a stage designer since 1996 for all the major theaters in Iceland.
www.finnurarnar.com

From the start of her career, Hulda Hákon has displayed a knack for
presenting everyday life as a heroic enterprise. Her works commemorating
small victories, mishaps or just curious incidents in tableaux, images and
text that show them to be, in their small way, dramatic and
noteworthy.

Hulda Hakon has a career of 30 years. Her wall reliefs can be found in public and private collections around the world.

“From the beginning, Jón Óskar’s art set him apart, even on Iceland’s sometimes chaotically diverse art scene. His paintings, always confidently executed, managed to balance a high modern sensibility with something quintessentially contemporary, quite edgy without tying into trends.
If we are to look to art history for parallels to Jón Óskar’s work, we can stop both at Diego Velásquez’s painting Las Meninas and René Magritte’s picture of the pipe, two classic examples about the conflict between presence and absence in figurative imagery. Jón Óskar’s parallel in contemporary art can be found in Anselm Kiefer, who in his historical paintings has shown us the surface of the painting as the battlefield between nothingness and being.”

The art of Jóhann Ludwig Torfason reflects his attitude to social issues. Imagery is applied to the pop and consumer culture and is the focal point often from the perspective of children, by the use of images created for training and games. Principles of the art market are also the center of his work with the operations of Torfason’s “faux business”, the company Pabbakné that produces his works.

Torfason was born 1965 in Reykjavík, Iceland and studied Printmaking, Drawing and Multimedia in The Icelandic College of Art and Crafts 1985­90. He has held solo exhibitions and participate in numerous exhibitions in Iceland and internationally. Co­founder of Comic Magazine Gisp. Founder of art­project/company Pabbakné. Teacher and Head of Printmaking Studio in Iceland Academy of the Arts since 2006.

Gudmundur Thoroddsen (b. 1980) graduated with BA-degree from Iceland Academy of the Arts in 2003 and an MFA-degree from School of Visual Arts in New York in 2011. His work glorifies, makes fun of and criticizes men and patriarchy in mediums such as drawing, painting, ceramics and wood. Gudmundur has taken part in many group and solo exhibitions in Iceland, New York and Europe and his work been reviewed in publications such as Artforum, The New York Times, Time out New York and Dazed digital.

Gudmundur is represented by Asya Geisberg Gallery in New York.

Ragnhildur Jóhanns (b.1977) works with language, text and performance and seeks to create poetic objects, collages, drawing or print making to name a few. Jóhanns works books and poetry into most of her work. she is a sculptural, visual and physical poet, unhindered by convention. She works with text, with performance but seeks to create poetic objects, pure concrete poems, that is literally fashioning books out of her work and embodying the text.

Ragnhildur Jóhanns graduated from the Icelandic Art Academy in 2010. She has exhibited in numerous exhibitions in Iceland and internationally. Jóhanns has been involved in various creative projects such as exhibitions, readings and publishing.

Sindri Leifsson (b. 1988) graduated from Iceland Academy of the Arts in 2011 and earned an MFA degree from Malmö Art Academy in 2013. He works in between sculpture and performance where the process takes him from labour to material traces. Recently he has been based between Reykjavík and Stockholm where he has both shown his work and is associated with participatory projects PHENOMENAL and artist run space Kunstschlager.

Astronautas is a performance which departs from existential questions present in the study of Physics: why is something out there and not the void? The performance combines extracts from lectures, poetry and films with live music. This interaction between science, music and moving image is a collaboration between music duo Duplexx (Sao Paulo, Brazil) and theatermaker/cosmologist Maria Borba (Rio de Janeiro, Brazil).

About the artists
Graduated in Physics with a Master in Cosmology (at the Brazilian Center for Research in Physics) Maria has navigated from concerts to operas and exhibitions.Duplexx is an experimental music project initiated by Bartolo and Leo Monteiro, based in São Paulo, Brazil.
The evening continues with surprise acts until 23.00 uur.
Supported by The Hague’s Municipality