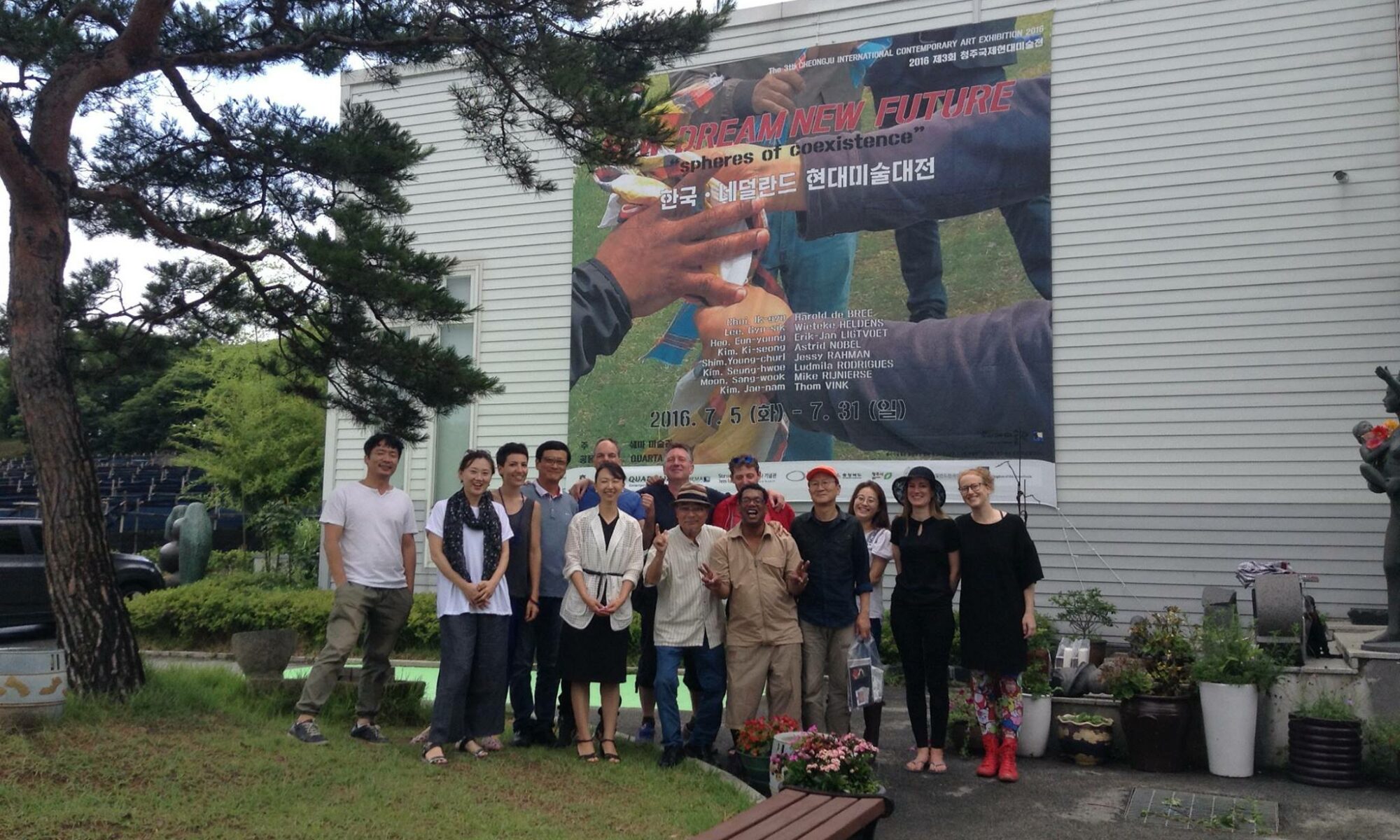 New Dream New Future is part of the 2016 exchange project between Quartair and Schema Art Museum, in Cheongju, Korea. The project involves sixteen artists traveling across the world: eight departing from Korea to the Netherlands, in June, and eight artists, from the Netherlands going to Korea in July.

The opening was celebrated with live acts and music performed by local artists.