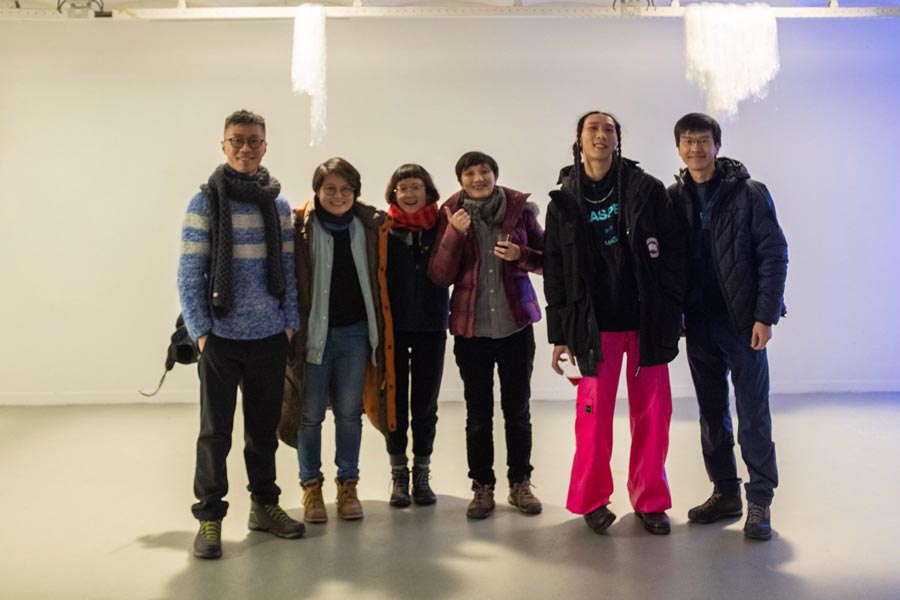 Under•Line is an ongoing project taken form as experimental exhibition-in-progress. The exhibition in The Hague is the second edition, after the debut in its home, Hong Kong. The show explores the concept of the lines, to reflect on how it is visually presented and what it usually represents. The interconnected artworks in Under•Line look underneath the told. Poetically re-placing in the bits and pieces, the artworks can be viewed as a whole, as well as individually.

Looking out to the sea, waves under the waves, flipping over each other, they visually create sequences of lines, interact with the lines above and below. Like an undercurrent, the possible unknown hidden in the blackest black are reviewed/recreated with Julvian Ho’s marks of charcoal, pencil and graphite, awaiting lights to penetrate. The organic lines forming a seascape would as well capture the softened shapes of others, all would be merged and unified. Visit also: cargocollective.com/julvianho

A line is a path for Lee Suet Ying, but it is a path to track down the particular moment in the obscure childhood turned out to be a re-cast path defining differences and changes at the present. Every brush stroke visible in her latex objects is a record of repetitive crafting, overlapping with the lines tracing the patterns of tiles of the old days, they gave organic transformation extended from the artist’s memory.

Tap Chan explored the physicality of material and nature of flows. Batches of fibre became batches of lines of thoughts. Natural flows of air give breath to the flows of emotion and subconsciousness. Spirits and energies stored in the mass radiate vibes through its weightless matter. A waterfall is an emblem of continuous motion, an emblem of the world in which the elements change ceaselessly while its shape remains the same.

Vee Leong and Li Tzi Mei revisited the theatre text Fragments of Stones and Gold (2014), an examination of failure in the neo-liberal society, through the act of drawing and sound. In the auditory scenery composed of layers of sounds that emit unspoken words of the protagonist, a female security guard, voices shriek and murmur under the fading and entangled lines. In the course of keeping themselves straight, the lines deform and defy. Together with the erroneous lines they form an everyday record of people struggling for a living; the modern offerings, if not sacrifices to the deity of prosperity.

Jamsen LAW, the curator, and also one of the participating artists, uses the arrangements of each venue, selection of artworks, lighting, additional objects and decorations, as well as a new set of artwork(s) of his, to create unique experiences for each edition. Treating each exhibition site as a new canvas or a white theatre, more possibilities are attempted to be discovered from the expandable artworks created by other participating artists.

Read review on Villa Next Door.

This exhibition was supported by