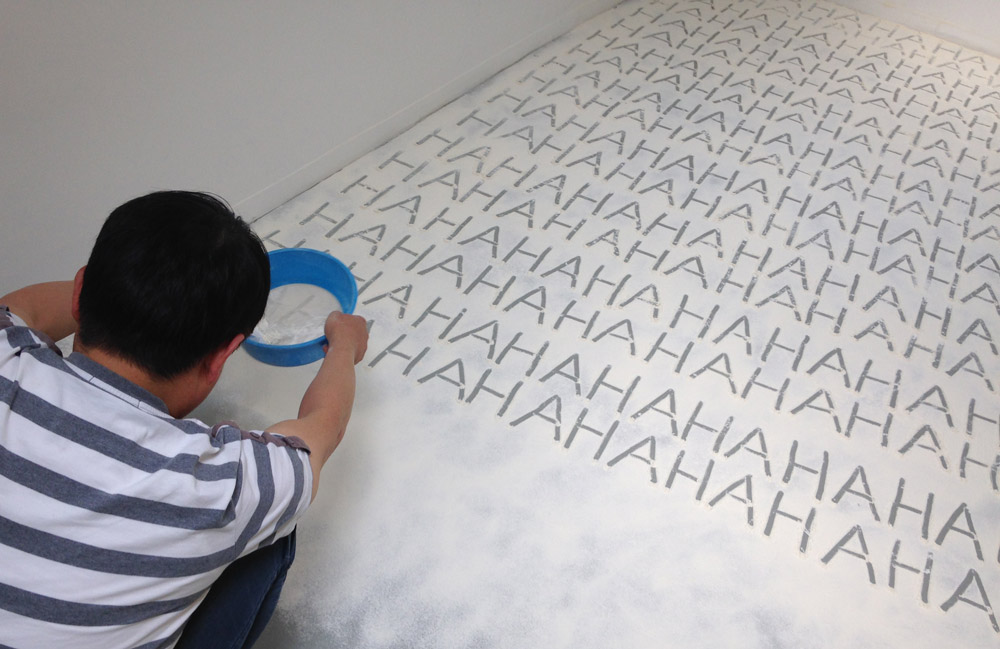 New Dream New Future is part of the 2016 exchange project between Quartair and Schema Art Museum, in Cheongju, Korea. The project involves sixteen artists traveling across the world: eight departing from Korea to the Netherlands, in June, and eight artists, from the Netherlands going to Korea in July.

Cheongju’s artists have recently gained recognition in Tokyo, Kyoto, Beijing, Seoul, supported by Schema Art Museum special exhibitions. Many of them have also been seen in Europe through the Nine Dragon Heads projects. In fact, Schema Art Museum is making much effort to expand global performance, so ‘New Dream, New Future’ is an international program dedicated to promote Cheongju artists abroad. Schema Art Museum is curated by Kim Jai Kwan, artist, scholar, the director and founder of the Museum. During the closing at Quartair (Friday, June 24th, Hoogtij) there will be a performance by Ji Youn Kang, Korean sound artist based in The Hague since 2006.

Opening : Friday, 3 June at 19:00 with the Korean Ambassador to The Netherlands, Mr. Choe, Jong-hyun

After completing the exhibition in The Hague, the project continued in Cheongju, South Korea, at the Schema Art Museum, July 5th to July 31st. The artists from The Hague who joined include: Harold de Bree, Wieteke Heldens, Erik-Jan Ligtvoet, Astrid Nobel, Jessy Rahman, Ludmila Rodrigues, Mike Rijnierse and Thom Vink.

Kang creates live sets based on the idea of combining three different elements: Acoustic, Digital, and Analog sound sources using instruments, objects, DIY analog synths and computer processing. This performance will include a traditional Korean gong as the main character of the set, and at the same time aided by audio feedback process. Its noisy element plays a strong role in embracing the other elements and creating musical flow.

Ji Youn Kang (born in Seoul) is a composer and sound artist based in The Hague since 2006 and achieved her Master degree both in Sonology at The Royal Conservatorium, and in Composition at Conservatorium van Amsterdam. Her objectives and interests revolve around the creation of a musical language that (re)presents the Korean tradition and cultural elements using materials from Korean music as well as newly created sounds. Most of her music pieces have been composed based on the rites of Korean Shamanism, and many of them were written for the WFS system (192 loudspeakers), exploring the relationship between musical and physical spaces. At the same time she has been composing Live Electronic pieces for both traditional and non-traditional instruments, ranging from a solo instrument to a large orchestra, exploring mostly the primitive, empowering rhythmical elements and the noisy sound sources that the Korean ritual music involves.